How many of you when you were younger, and probably while being scolded by your parents swore, “when I become a parent I will be the best I can be. I will love my baby, provide everything he/she needs. I will never shout at or spank my kid; I will be their best friend!?”

Yes I rolled my eyes too! If that is not what you said, there is still some version of this ‘talk’ we all gave ourselves about the kind of parent we would want to become. Then time passes and you are a parent.

They are born, they’re “awww too cute”, you make a big deal out of it. You throw the ‘welcome home baby’ shindig.

You become a shutterbug of sorts snapping pictures at every thing that they’re doing (and probably contributing to early onset blindness in the process) that’s ‘oh so terribly cute’ .

Bat your eyelashes for a half-second and they are pre-teens; with their wanting to be independent selves. Having the gall to have an opinion, to challenge you because they have so much more experience than you do in whatever the matter is at hand; while they still can’t remember to brush their damn teeth, let alone make their bed!

I salivated for the day to come when my kid would hit double digits because I thought he would somehow, magically turn into a responsible and thoughtful little human.

The thought of them achieving such a milestone is comforting because, well, you think you will get a day or two off from thinking for both of you all the time.

“Yes! He’s growing up, he can finally think for himself and figure shit out on his own,” only, that is not the case!

As if that’s not enough, you get the mood swings, the bad attitude, the insolence– the everything!

You are screaming your head off and the camera once used to capture those precious moments is being thrown at them.

And you, effectively reneging on all the things you swore you’d never do when you became a parent.

You’ve read all the books and even tried living up to Diana Baumrind’s ideal parenting style.

Yet here you are googling “how to not kill my child?’ because you aren’t finding any answers on ‘Aha Parenting.’

It is a fucking roller coaster! ‘Adulting’ on it’s own is hard af, go ahead and throw in a kid or two and before you know it you are on suicide watch.

Every so often I tend to question my abilities as a parent, and wonder ‘am I a shitty parent?’ Am I even doing this thing right?

There are the studies that tell you what to expect as your child transitions from stage to stage, but this still does not prepare you for the utter mind-fuck associated with creating an upstanding human being.

“Did I shout too much? Was I being unreasonable? Am I really that hard on him/her? What’s with all the fucking attitude?!” Did I hurt his little feelings? Is that going to ruin him forever?

But you do tend to wonder If you are doing a good job, especially when you are trying to be the best parent ever. How do you know that you are are doing it right thing though? Do I cross my fingers and toes and hope my kid doesn’t grow up to  be the next ax murderer? 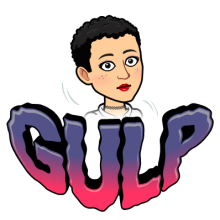 Whenever there is some horrific school massacre the blame goes squarely on the parents. Albeit there are some really shitty parents out there, I hardly think (maybe not) parents are rearing serial killers and murders.

There is a saying that goes ‘you can give a child everything but you cannot give him a mind.’

While that is so It is still important to ensure that you do your damn best.

Instill the correct values so that you don’t wake up one morning to the news that your kid killed a bunch of people because someone stared at him too long.

Let’s talk about parenting! How do you deal? Do you feel like you do a shitty job at times? Any anecdotes, advice or the like? Let me know in the comments below!

An awkward 'adulter' navigating life with a vagina in her teenie tiny corner of the world. View more posts

A safe haven for island babes

all the stuff that's fit to never see the light of day.

I aspire to inspire. Creating words into beautiful messages and sharing it to anyone who needs a little sparkle in their lives.